NZ Listener New Zealand's respected arts and entertainment magazine carried a major feature in a recent issue about David Blyth and his New York Times reviewed film Bound for Pleasure. "Blyth has reinvented himself as a maker of low-budget documentaries that TV eats up."
- Philip Mathews in NZ Listener

ECHOES FROM THE PAST 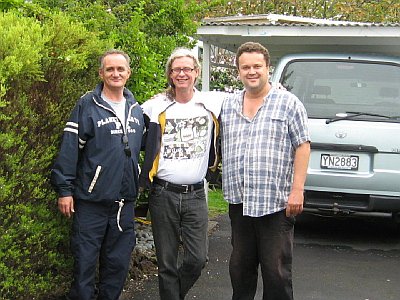 Cover date: June 27-July 3 2009 Vol 219 No 3607
"Thirty years ago, they were asking questions in Parliament about Angel Mine, now it's part of a series of New Zealand cinema classics.

"In 1978, David Blyth's first feature film, Angel Mine, took to local cinemas with the subtlety of a youthful, wildly aimed kick to the New Zealand psyche. This full-frontal assault on suburban neurosis, materialism and taboos about nudity still places highly on lists of the worst New Zealand film ever made."