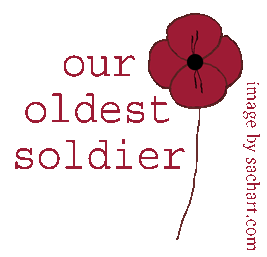 Colonel Blyth was gassed and wounded in the First World War and was involved in the battle for the French town of Le Quesnoy. His heroic actions led to France awarding him the Legion d'Honeur, and to Le Quesnoy naming the local square in his honour.

David's evocative documentary Our Oldest Soldier achieved the highest number of viewers of any New Zealand on Air funded program for the last year beating the nearest rival Country Calendar by 50,000 viewers. A remarkable achievement for a one-off-programme. John Keir, the producer announced. The programme was repeated on Easter weekend.


Interviews in NZ on Screen

To preserve stories of those who went to war, RSA historian Patricia Stroud teamed up with filmmaker David Blyth (Our Oldest Soldier). The result is Memories of Service, a series of interviews with veterans from World War II, Vietnam and Korea.