New Years Day 2008 - Montreal Fantasia Festival 2008 announces a David Blyth double bill with the inclusion of documentaries, Bound for Pleasure and Transfigured Nights. Hard on the heels of Transfigured Nights successful screening at the 2007 Lausanne Underground Film Festival in the French speaking part of Switzerland, French word of mouth has spread the word on David Blyth's films across the globe to French speaking Canada. 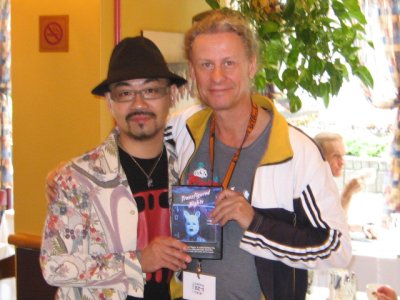 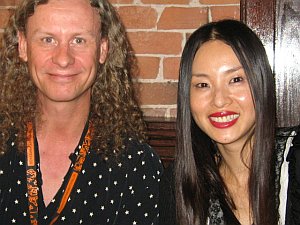 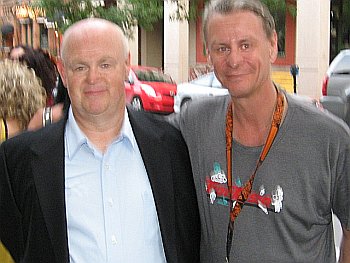 There is a retrospective of NZ cinema for an international film festival in Wroclaw, Poland, 17-27 July 2008.

This will be the biggest retrospective of NZ film ever, with 34 features (more than one tenth of all NZ feature films) and 46 shorts screening. In addition, 10 NZ filmmakers will be flying in to the festival - with the filmmakers attending (just one left to confirm): Vincent Ward, Roger Donaldson, Gaylene Preston, Christine Parker, Peter Wells, Oscar Kightley, Donogh Rees, David Blyth, Leon Narbey, and Rob Sarkies.

The festival will include introductions to screenings, and a panel discussion on NZ film. Craig Potton will present a photographic display, and there will be performances from Shonagh McCullough, Moana and the Tribe, Pitch Black, and Manaia.

I recently attended the Hamilton Underground Film Festival for the Premier New Zealand Film Festival screening of Transfigured Nights. Film Maker Martin Rumsby introduced me to the audience and after the screening there were excellent questions. So a very successful screening.

While in Hamilton I visited Richard's RIFF RAFF statute on Hamilton's main street. Many years ago at the invitation of Australian Director Jim Sharman, I went to London and observed the making of SHOCK TREATMENT, the sequel to the Rocky Horror Picture Show. 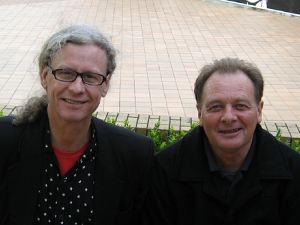 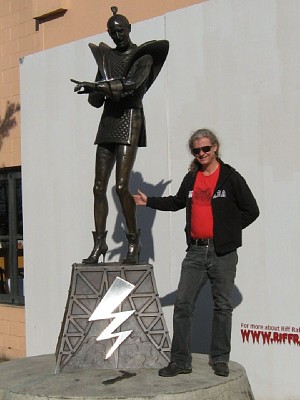 On the occasion of the 30th anniversary of his first feature film, Angel Mine, writer/director David Blyth discusses his career to date

What first inspired your interest in cinema and encouraged you to begin making films yourself?
Well the very first film I remember seeing in a cinema was the wonderful poetic children’s film The Red Balloon. The film that really talked to me and sent me on my journey into filmmaking was seeing Luis Bunuel’s Discreet Charm of the Bourgeoisie at Auckland’s Lido Cinema when I was about 17. Bunuel’s seamless ability to move between reality and dream fascinated me. I was hooked.
Circadian Rhythms, a 14-minute film shot in black and white, grew out of watching films such as the expressionist The Cabinet of Dr. Caligari and in particular Luis Bunuel and Salvador Dali’s collaboration on the short film Un chien andalou, a film I watched multiple times, trying to deconstruct its unconscious cohesion. Circadian Rhythms was a collaboration with Richard Von Sturmer and to this day I believe it’s unlike any other Kiwi short film.

Did you have any formal film education or training as such?
I have a Bachelor of Arts degree from Auckland University, which included doing Dr Roger Horrocks’ film course as well doing the practical film papers at Elam with Tom Hutchings.
In the mid ’70s there were no film schools in New Zealand. My training came from watching lots and lots of films. Discovering different directors such as Rainer Werner Fassbinder, with dynamic cinematic style, unconsciously assimilating the language of film.

What were the circumstances by which you came to make Angel Mine at the age of 22 in 1978?
One of Auckland’s film characters from the past was Jack George, whose film studio was in Pollen Street in Grey Lynn. Jack had the black and white processing machine that processed the 16mm Ilford Fp4 black and white film stock for Circadian Rhythms. He told me that Agfa were about to introduce a new 16mm colour newsreel reversal stock into the New Zealand market, so I approached Agfa with a proposal and they agreed to supply the reversal stock for free.
Ultimately Agfa had decided not to introduce the new stock into NZ when I shot Angel Mine, so in the end I had to send all the exposed film in one box to Belgium to be processed.
Shooting the film blind with no rushes was not an ideal situation but it was free and enabled Angel Mine to be made.
In those days the funding body was called the QE2 Arts Council. I got $5000 from them on the basis of a treatment for Angel Mine and them having viewed Circadian Rhythms, which by then had been selected for the Auckland, Wellington and Sydney Film Festivals.
After he read a proposal for the film, I also received money from a benefactor whose letterhead depicted a giraffe’s head – he liked people who stuck their head out. And I received a small amount of funding from Montana Wines, thanks to a promotions manager who was very sympathetic to the arts...
I met Warren Sellers who had just come off working on [historical television series] The Governor as the production designer – he was full of enthusiasm and, incredibly for me, took me seriously and put together a real film crew that included DoP/camera operator John Earnshaw.

Am I right in thinking the Interim Film Commission funded Angel Mine’s post-production?
Yes – while I had raised enough money to shoot the film, I couldn’t afford to complete it with a professional editor. At about the exact moment that I realised I had the opportunity to snare an editor, Philip Howe, the Interim Film Commission chaired by Bill Sheat was announced in the newspapers. I went to Wellington, and at John O’Shea’s Miramar premises, I showed the IFC a selection of footage from Angel Mine, which they loved. The Interim Board gave me approximately $19,000 to edit and complete the film, including a blow up to 35mm from 16mm...
I was definitely a beneficiary of a new institution that had not yet formulated funding guidelines. I believe it was my youthful enthusiasm and the unexpected timing of me being at the IFC’s first ever meeting, as well as there being some very compelling moving images on display.
Today a film like Angel Mine would not get past the New Zealand Film Commission’s assessment systems.

David Blyth's first film Circadian Rhythms made in 1976 is screening at the Hastings Art Gallery in a special NZ surrealism exhibition. David made the film with the help of Richard Von Sturmer. 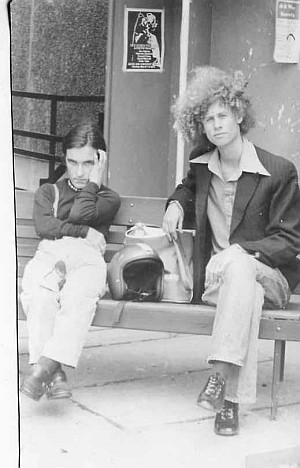 DAVID: While at the Lausanne Underground Film Festival I had the good fortune to see some of the early 60's Andy Warhol films, including Vinyl and a two projector screening of Chelsea Girls. The festival invited three of the original "Warhol Superstars" , Mary Woronov, Holly Woodlawn and Bibbe Hansen who before the screenings revealed how things really were with Warhol in the Factory days, fascinating stuff. 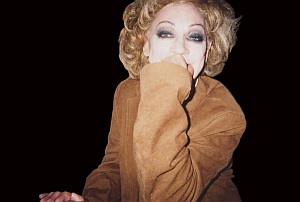 photo 1: Holly Woodlawn - the inspiration for Lou Reed's iconic song "Walk on the Wild Side" 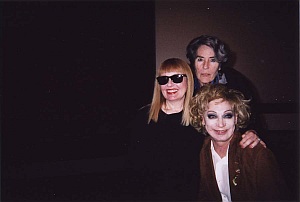 At the International Film festival in Wroclaw Poland 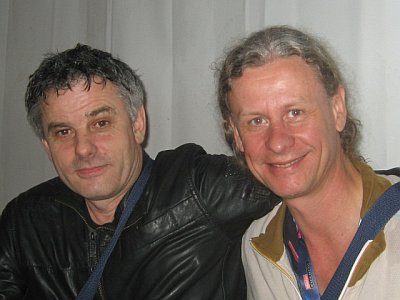 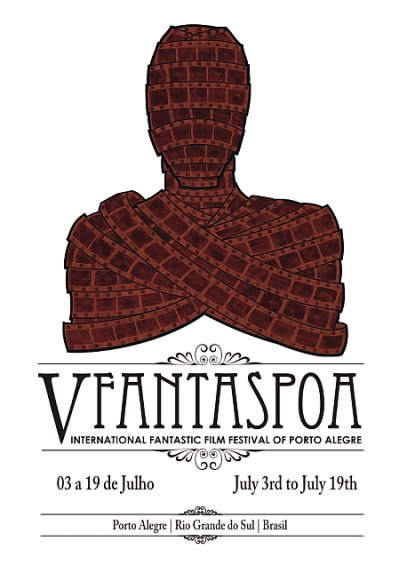 David Blyth has been invited to attend the 5th Fantaspoa International Fantastic Film Festival of Porto Alegre, Brazil. David Blyth is attending the Festival - from July 3rd to July 19, 2009. The Festival has selected the following titles: David has also been invited to be a member of the Festival Jury and give a Film Workshop Masterclass. The festival site is:
http://www.fantaspoa.com

The Lausanne Underground Film & Music Festival 2007 The selection committee has announced that David Blyth's latest film Transfigured Nights has been selected to be part of their international documentary film program. The festival takes place from October 10th to 14th 2007 in Lausanne, Switzerland.